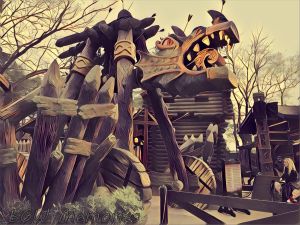 It’s hard to believe but April 7th, 2017 has already sprung upon us; ushering in the official opening of Busch Gardens Williamsburg’s newest attraction, Invadr.

Starting over a year ago, the park’s executives and marketing team, through a clever use of social media, openly revealed aspects of the ride in stages; even allowing fans to take part by voting on the name and logo for Invadr.   This was a brilliant move.  It created a palpable anticipation that connected coaster enthusiasts together. 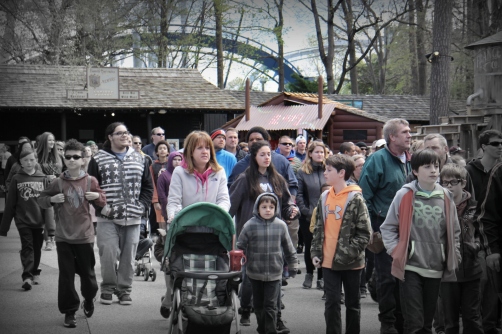 The crowd rushes to the entrance on Opening Day

The line starts before the Opening Ceremony 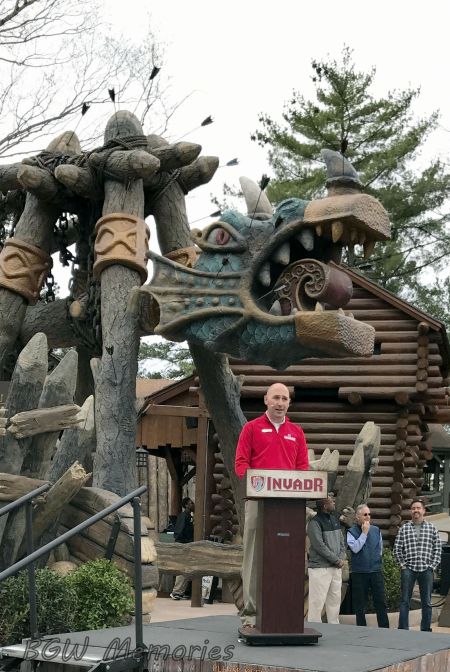 Invadr’s selected location is quite sentimental for an old park goer like myself.   It is nestled between three of the original attractions that date back to the park’s opening day in 1975; Le Scoot log flume, the Busch Gardens Railway and Le Catapult.  Invadr ties these iconic rides together through clever location and an organic flow. 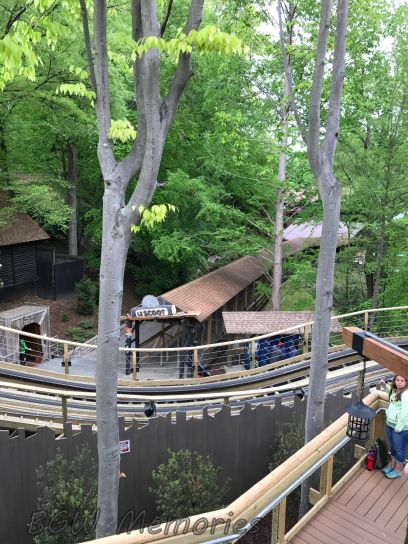 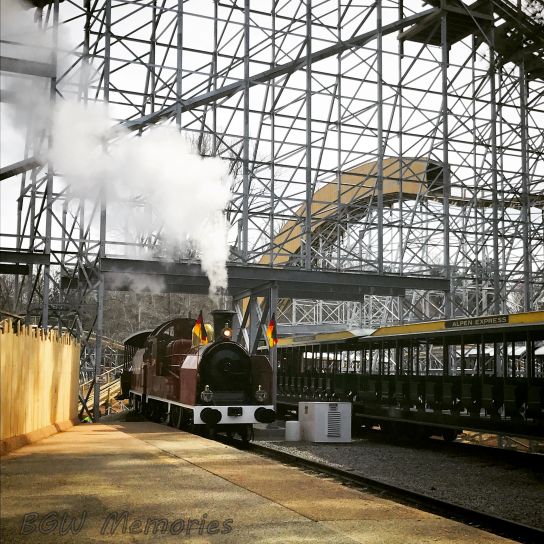 This brings up another point.

It took major skill in the planning and design of Invadr.  The wood-metal hybrid coaster winds around (and even over) both the LeScoot Log flume and the park’s iconic train ride.  Though a relatively small footprint, Invadr feels like a continuous interweaving of lines and space; much like Norse art itself.  Even the queue line mirrors the entwining aspect of the coaster and allows riders a great view of the structure below! 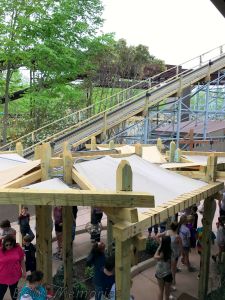 Theming of the ride is spot on with touches of Norse art.  For example, the entrance is a showstopper!  An enormous dragon-shaped battering ram is bursting through the wood fortifications; allowing guests to venture forth.  Wooden shields riddled arrows mark the queue and height requirements.  Fences lining the path are decorated with Norse symbols.  I especially loved the queue line detail of weathering the wooden beams to mimic a ferocious battle with their slashed and scorched battle scars. 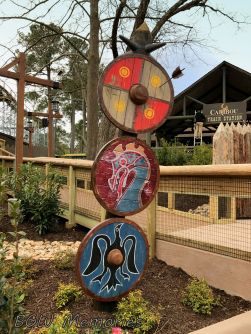 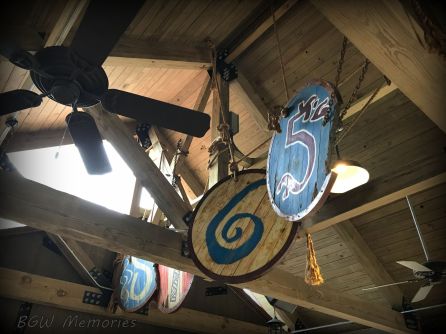 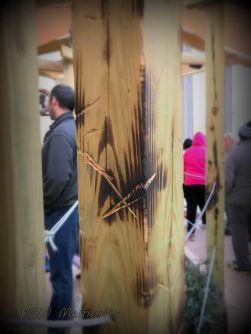 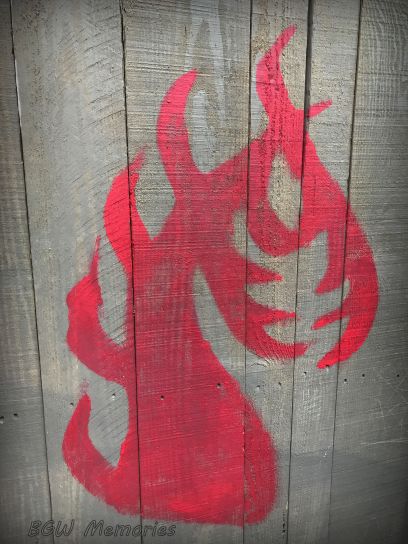 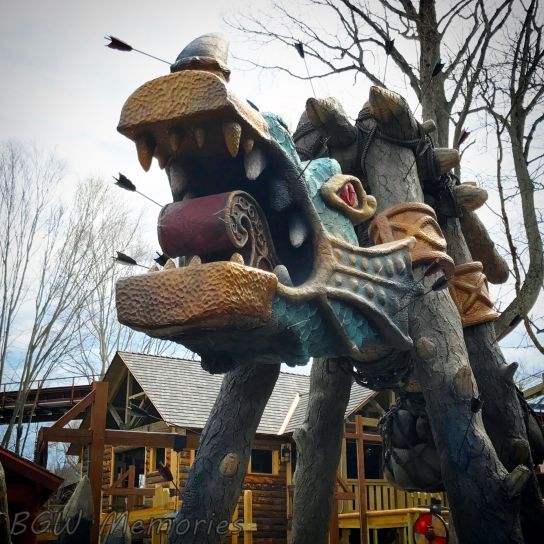 The coaster cars are actually the storytellers.  Both trains are adorned with powerful beasts that represent the two battling armies. The Viking raider train features a stylized dragon; steadfast, like a mast of a ship.  The Villager train is adorned with a carved wooden bear; teeth bared and ready for attack.   Who will win?  The answer awaits those who ride.

Overall Invadr is an instant classic.  Between the 9 airtime hills and the 74ft first drop, the rides tightly packed twists, turns, and dips really gets the blood pumping.   Its sharp banking makes the ride seem much faster than the max speed; much like the classic and beloved Big Bad Wolf coaster.  The ride is smooth and packs a punch that will leave a lasting impression to both young and old. 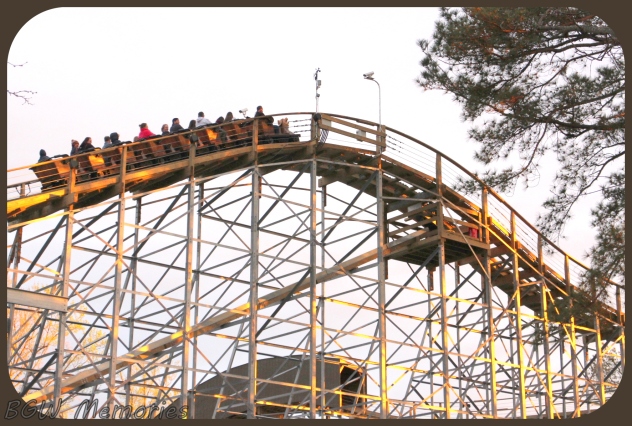 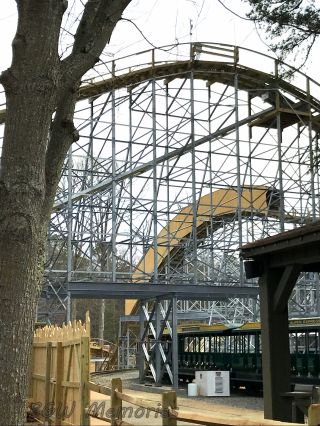 Speaking of young and old, the neighboring coaster Griffon turns 10 this year and its nearby companion, the Alpengeist, turns 20!  Both of those rides hold a special place in so many hearts.  Invadr will now be a part of that legacy.  It will bond parents and their children, thrill coaster enthusiasts, and delight all who ride.   May it continue to battle on for generations to come! 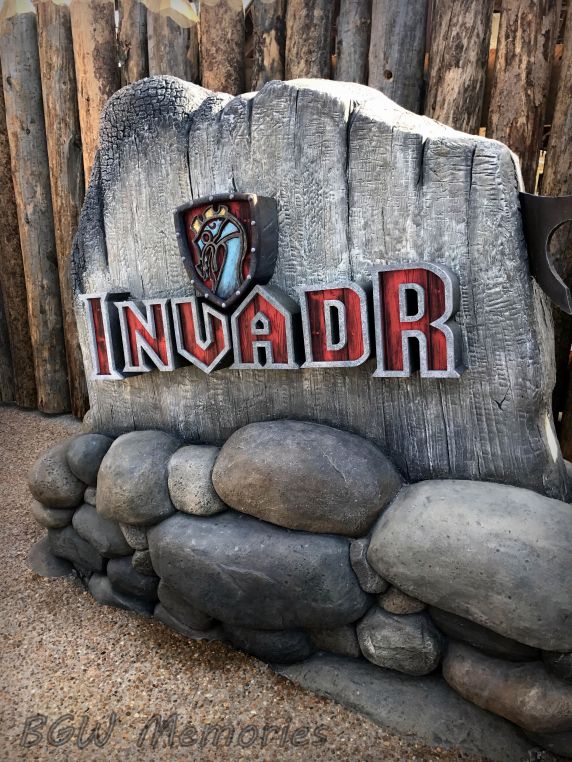 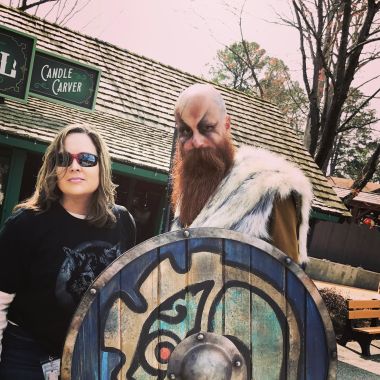 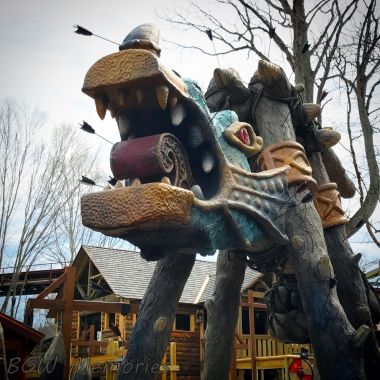